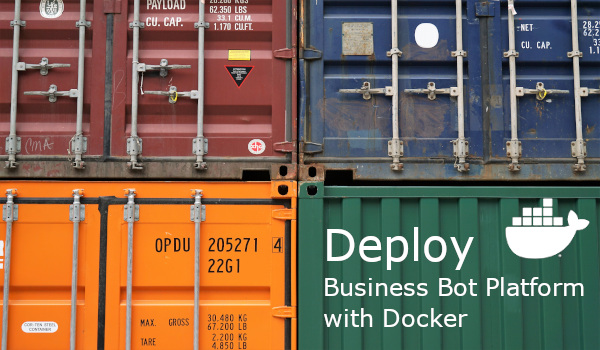 While virtual machines (VMs) isolate entire operating systems (e.g. Virtualization with VirtualBox and VMware), Docker isolates them at the application level. The applications are provided in isolated containers (Containerization).

Deployment of the Business Bot Plattform

Docker containers are started from a container image that can be easily copied from one system to another as a simple file. You can find the docker containers of the Business Bot Platform on Docker Hub:

The following video shows you how easy it is to deploy the Business Bot platform with Docker in just a few minutes:

Would you like to deploy the Business Bot Platform with Docker? Contact us, we are looking forward to support you around the subjects installation, administration and chatbots in the corporate environment.